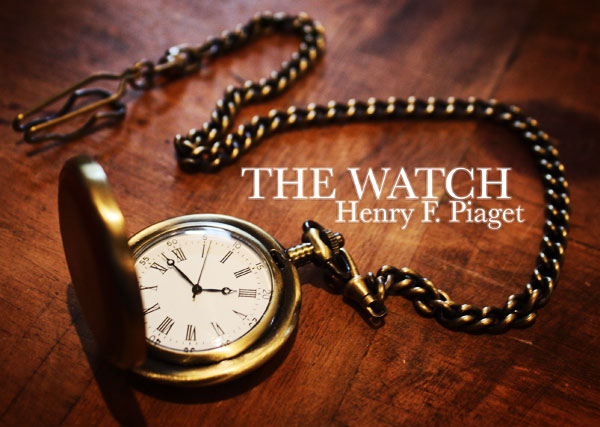 THE WATCH: Its construction, its merits and defects, how to choose it, how to use it.
By: H.F.PIAGET, New York 1860 Care will go a long way, but not all the way; to care must be added some knowledge to give the right direction to its exercise.

My lengthened experience has taught me that numbers of valuable watches are often ruined by the want of care or skill in their use, and then the blame is laid at the door of the watchmaker.

A man buys an expensive watch, and naturally expects it, to perform well; he misuses it, and it either stops altogether, or performs badly; he exclaims, „I have been duped in buying that watch.“ He takes it to a third party to set it to rights; that done, he again misuses it, or some unavoidable disarrangement happens to it, he then declaims against all watches and watchmakers.

Thus a watch which should be an article of use and ornament to its owner, is too often only a source of vexation and expence.

Now I propose partly to remedy this, not by attempting to make every one his own watchmaker, but by imparting, in a familiar manner, such practical hints of the construction, and the use of a watch, as will enable them to use it properly, and guard against some of the annoyances and expenses, which without such information they are liable to incur, as well as prevent the watchmaker or repairer being frequently erroneously blamed. The inexperienced in the trade will also find many suggestions which may be useful to them, for they must know that a good watchmaker is not always a good repairer; for owing to the variety of different kinds of watches that pass through his hands, practice must be added to knowledge and skill, to properly repair a watch. My life having been devoted to my profession, I have had neither the time nor opportunity to cultivate the graces of phraseology. The following is my first essay at authorship, and I ask for it the indulgence as to its literary merits, always so benignly extended to maiden efforts. I have endeavored to put down what I had to say plainly and intelligibly, striving rather to state useful facts, in a manner to make myself clearly understood, than to manufacture a mass of nicely worded sentences, signifying nothing ; for be it known „I am a plain blunt man, who only’speak right on, and tell but that which I myself do know.“ A clock is a machine composed of wheels and pinions, to keep up the oscillations of a pendulum.

The wheels of a clock are made to revolve by means of a weight or spring called the maintaining power. This power must be sufficient to overcome the resistance of friction, to move the wheels, and to maintain the motion of the pendulum. The wheels of the clock are connected to the pendulum by pallets, which, at the same time that they check the impetus of the wheels, receive their impulse to keep up the motion of the pendulum.

The escapement of a clock is that part by means of which the rotary motion of the escape wheel is made to produce an oscillating motion in the pendulum. Clocks are made with different kinds of escapements: the recoil or common pallets, the dead beat, and the free or detached. They are also made with the lever and pallets similar to watches, for clocks subjected to different motions, such as for ships’ use, railroads, etc.; but these last are never made with a pendulum, but with a balance. Ordinary clocks, to which attention has been paid to the proper action, measure time more accurately than watches, the continuance of motion in the pendulum being better understood, and its irregularities more easily corrected than those of a balance. Long pendulums are preferable to short ones, for the greater the length the slower the motion, therefore error is less in a long pendulum. Heavy pendulums are the best, from being less under the variable influences of the impelling power; they are also less liable to be effected by external motion.
A light pendulum shows a clock badly constructed, or deficient in the power necessary for good performance. On selecting a clock, it should be observed whether the pendulum occupies the whole available length of the case; if not, it shows inattention to this advantage. The only exception to this rule is regulators and clocks which have the pendulums beating seconds, and measuring three feet three inches in length; this length is sufficient to insure accuracy. Although weight is preferable to spring as a maintaining power, yet fashion, perhaps, more than convenience, has caused a greater demand for spring clocks. Those which require to be wound oftener than once a week, having a less marked time, are objection-able from the same cause, Clocks are frequently made to go only thirty hours, on account of cheapness, and will keep tolerably good time; but those going eight days are to be much preferred, as in winding it will frequently alter the time a trifle. Small clocks have short pendulums, and from their lightness are liable to be stopped; they should therefore be made as heavy as convenient, and when lead can be put into the case to add to its weight, there is less risk of it being moved accidentally. The additional weight also steadies the suspension, and produces more equal motion in the pendulum, but when the expense can be incurred, it is better to have small clocks made with a balance, as they can be moved with out disarrangement. In moving a clock without a pendulum, be particular after you have placed it where you wish it to stay, to listen if the beats are regular; if not, you must make them so by either raising or lowering one side of the clock. Should it be a hanging clock, something should be put at the sides to keep it steady, and in its place, otherwise frequently in winding it, it may get disarranged from its beats, and stop. The heavier the pendulum is, the better it must be in beat. Clocks on brackets, or on feet, for mantels, etc., can be put in beat by raising or lowering one side to make it beat regular. Clocks are regulated by lengthening the pendulum to make them lose, and by shortening it, make it gain. This is done either by the insertion of a key to turn an arbor or square, which lengthens or shortens the pendulum, or by turning a nut for the same purpose. Nearly all the French clocks have the pendulum hung on a fine spring; these mostly regulate by a square at the top of the dial; others have them hanging on a piece of silk, with one end fastened around a wire, which is turned either from the back of the clock by a knob at the end of the wire, around which the silk winds itself, or else by a square, to which a key is fitted in the front part of the clock.
All clocks, whether regulated from the back or front, are made to gain by turning the key or nut to the right, the way in which the hands are set forward, and the contrary to make it go slower. When the screw is under the weight of the pendulum, it is also turned in the same direction; but when the screw is above the weight, the rule is reversed. Do not move the hands of your clock back past the twelve, or you will disarrange the striking; the hands can be moved rapidly forward until they are made to correspond with the hour struck; or the minute hand may be advanced to within two or three minutes of the hour, and then brought hack sufficiently to allow the clock to strike, this is repeated until the hour struck is the same as shown by the hands, which should be set forward to show the proper time, suffering each intervening hour to be struck progressively. This applies to French clocks, and to most of the American ones; some, however, are made with a small red in the case, under the dial, which, by being pushed or pulled, will make the clock strike; in this case, make it strike each hour separately, until you get it correct. But should the hours not strike regular in succession, then show it to some clockmaker, for there is a defect which he can correct.
The hands of English clocks may be turned either way without injury, the same as with a watch, except when having an alarm.
This is all that suggests itself to me as being useful to the public, except this caution: if there is any thing that you do not understand when a clock is out of order it is better to apply to a clockmaker than to attempt to correct it yourself, as by so doing you make bad, worse, and increase the cost of repairing.